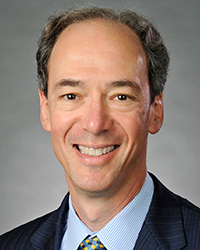 Carl Tannenbaum is the Chief Economist for The Northern Trust.  In this role, Mr. Tannenbaum briefs clients and colleagues on the economy and business conditions, prepares the bank’s official economic outlook and participates in forecast surveys.  He is a member of the bank’s investment policy committee, its capital committee, and its asset/liability management committee.

Mr. Tannenbaum publishes weekly commentaries and is frequently interviewed by media outlets such as The Wall Street Journal, Bloomberg, and Reuters.

Prior to joining Northern Trust, Mr. Tannenbaum spent four years at the Federal Reserve, where he led the risk section.  He was deeply involved in the central bank’s response to the 2008 financial crisis, helped to create and conduct its stress testing program, and advised senior Federal Reserve leaders on developments in banking and the financial markets.

Mr. Tannenbaum began his career in banking at LaSalle Bank/ABN AMRO, a global banking organization with $1 trillion in total assets.  He served for more than 20 years there as the organization’s Chief Economist and Head of Balance Sheet Management.

Mr. Tannenbaum also serves on the Board of Working in the Schools (WITS), a literacy organization that supports the Chicago Public Schools.

Mr. Tannenbaum holds an M.B.A. and a B.A. in finance and economics from the University of Chicago.